This month’s honoree was born and raised in Delaware but, has certainly ventured far from the east coast!  He has volunteered through the aegis of Volunteers for Israel (VFI) so many times over so many, many years that he can no longer accurately count the number.  His participation in Sar-El goes back so far that he actually met General Davidi repeatedly and volunteered alongside Pamela Lazarus before she became Sar-El’s long-time Coordinator of Volunteers. Brad is modest about his achievements and has a reluctance to accepting kudos for helping IDF troops and the State of Israel so often.  Rather, he believes that the people who should most be congratulated are those Sar-Elies who leave the comfort of their homes to fly into the unknown and accept their first IDF base assignment.

As has been the case with several previous honorees, Mr Jacobson believes that Israel is an innate part of himself.  My volunteering is critical to my psychic and physical well-being.  I prefer to contribute to the Holy Land, not just waltz through the State on a tour bus. 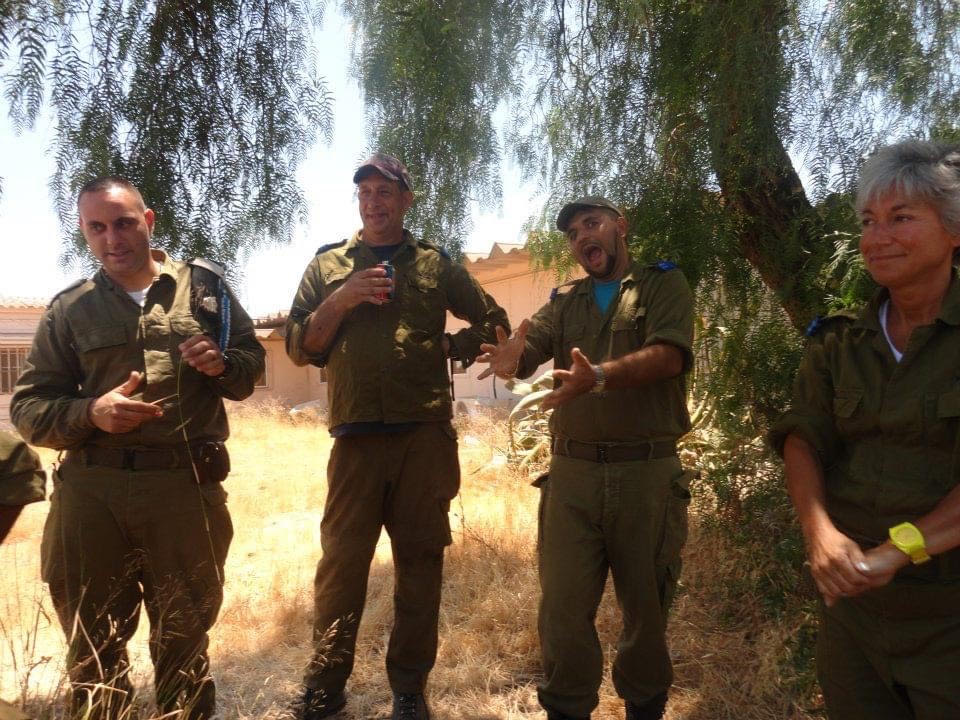 This veteran Sar-Elie is an unabashed fan of the morning flag-raising. He describes his love of this early morning activity as follows: The daily flag-raising ceremony is so important and moving to me. Through its choreographed movements and the group singing of Hatikva, the national anthem of the State of Israel, I am able to feel right at home in Israel. Brad had an almost immediate response to the question “What do you like best from your many Sar-El experiences? He said I love meeting people who become friends for the rest of my life.

Brad has clear memories of Sar-el’s early days. While General Davidi was still alive and visiting ever base with volunteers, the madrichim (group leaders) were reservists (commonly, men) called to temporary duty, rather than female active duty soldiers as is the protocol now.

When Brad was assigned to an air base near Eilat, he left the base almost every afternoon to snorkel and scuba dive in the nearby Red Sea. Before returning to the base, he enjoyed watching the sunset from the beach. Even when he was not assigned to a base in the far south, he made a point of returning to Eilat for many beach weekends and to the surrounding Negev desert and Ein Gedi to hike. 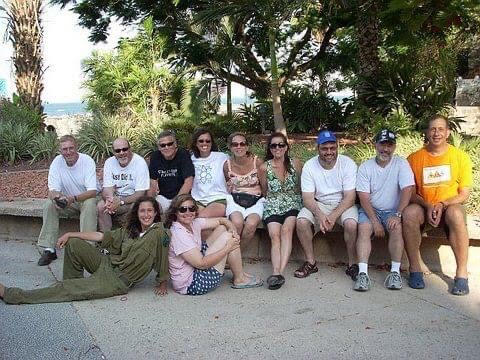 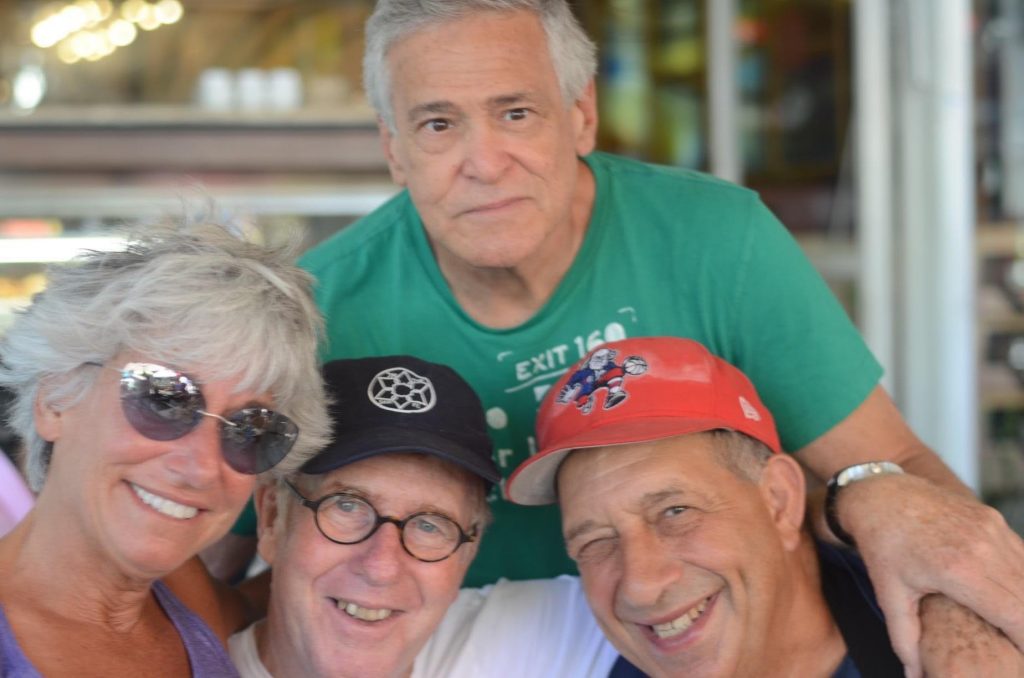 Brad has been married for more than five years to his wife, Priya, whom he met playing wheel-chair basketball at The University of Missouri (Mizzou.) Their wedding took place at a spot known and loved by generations of Sar-Elies, the pavilion above Gordon Beach, Tel Aviv! 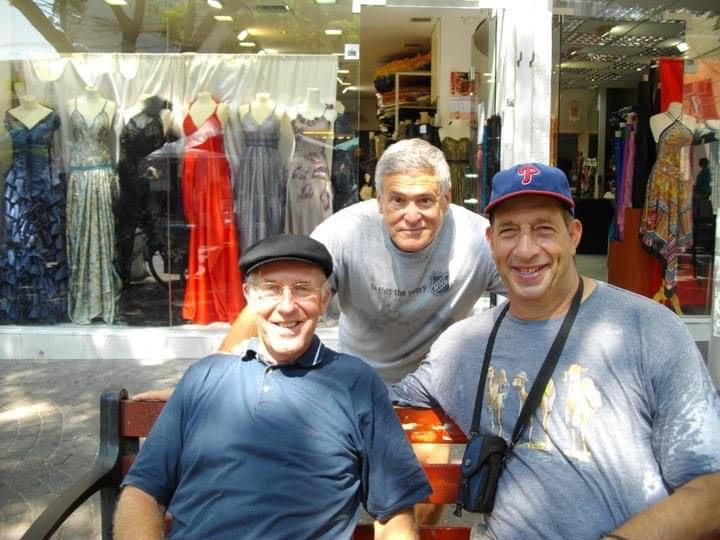 Brad has lived in the “show me state” and has been employed by the University of Missouri since 1986, where he first created recreational programs for the disabled. Eventually, he moved to TSEL where he taught English to mostly East Asian scholars at the University. Throughout his adult life, Brad has written poetry. In fact, the first volume of his poetry was published in early 2020. The collection, entitled Lionfish is filled, from cover to cover, with lyrical and evocative Israeli images taken from his Gordon Beach Wedding (P.52) his adventures on bases, his country-wide travels from the Syrian border to the Egyptian one and the many soldiers and diverse group of civilians with whom he interacted.

Mr Jacobson has been a part of approximately fifty (50) or more Sar-El groups. Yet, he still vividly describes his first with unbridled joy. When he graduated from college, his mother offered to buy him an airline ticket to Israel. He jumped at the opportunity and proceeded to volunteer at a kibbutz (also memorialized in his poetry.) But, he wanted to learn more about Medinat Yisrael (the State of Israel) and Judaism so he found VFI-Sar-El and the rest is history! After his first base assignment, he knew that he had to return.

Brad ended our interview with a few words to the wise: If you want to go to Israel, go and do not worry about safety. JUST DO IT! It is safer than you would ever think—even when you are not surrounded by soldiers. 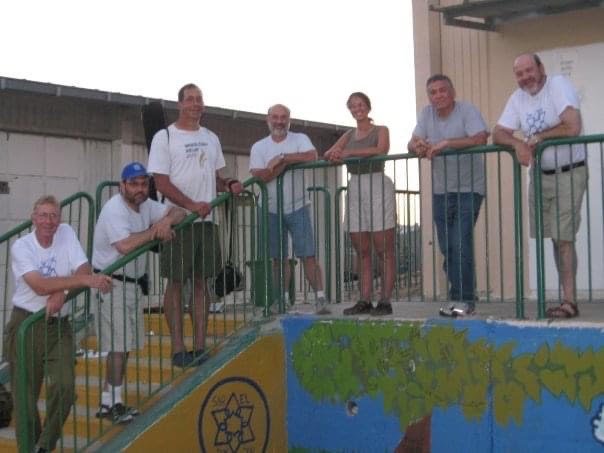 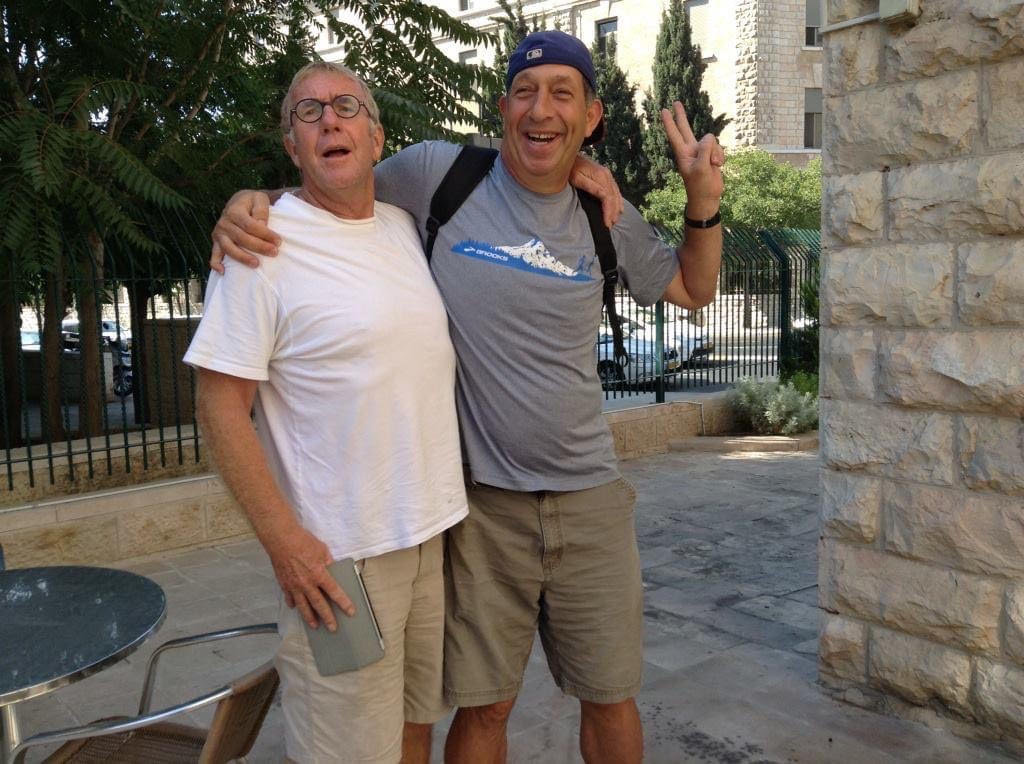 With that, please join the officers and board of Volunteers for Israel in a hearty mazal tov to our August Volunteer in the Spotlight, Brad Jacobson, adventurer and poet extraordinaire.